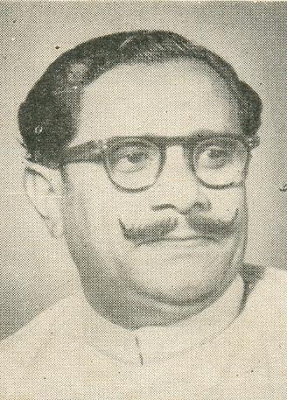 Held as a phenomenon when he gave his first recital at the age of 11, Nisar Hussain Khan went on to receive a scholarship from the maharaja of Baroda. His father was simultaneously appointed court musician, enabling him to look after his son and put him through a gruelling training schedule for many years thereafter. By the age of 18, he had become such a confident singer that the maharaja of Baroda appointed him a court musician – a post which he held for nearly three decades. He received all his taleem within his family circle and inherited a rich stock of ragas, bandishes, khayals, and taranas. Inspired by the masterly sitar playing of Ustad Imdad Khan, he felt inspired to enrich the tarana, borrowing from Imdad Khan’s sitar jhala. Nisar Hussain`s Rampur-Sahaswan gharana was enriched also by contact with musicians of the Gwalior and Agra gharanas. The former influence came through Ustad Haddu Khan, who was the father-in-law of Inayat Hussain Khan, who himself went on to become Nisar Hussain`s father-in-law and the latter, through Ustad Faiyaz Khan, one of the most revered court musicians of Baroda.