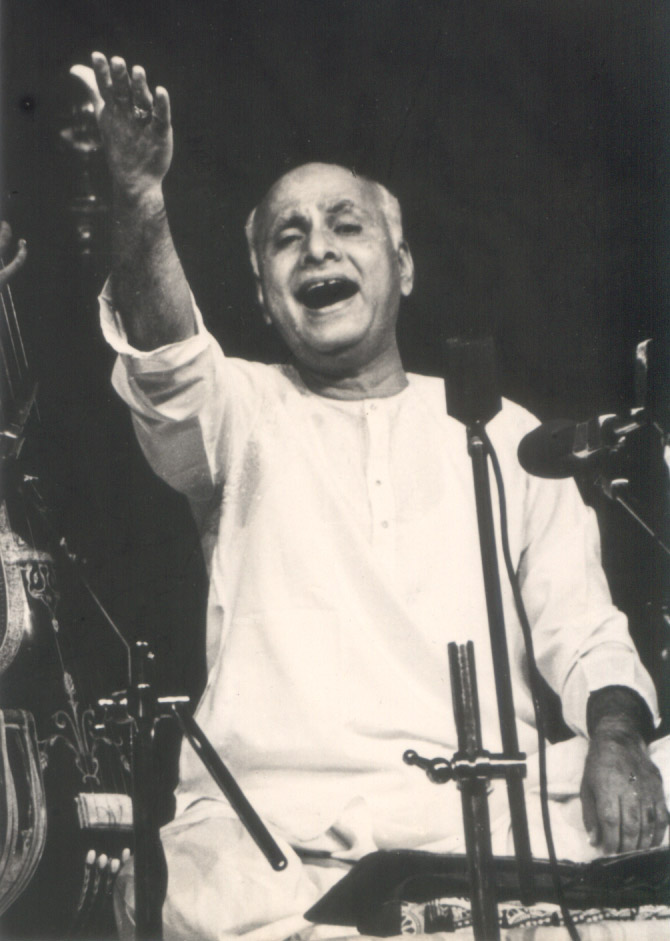 Chintaman Raghunath Vyas (Marathi: चिंतामण रघुनाथ व्यास) (9 November 1924 – 10 January 2002), popularly known as C. R. Vyas was an Indian classical singer. Vyas had training from different gurus from different gharanas and was renowned for singing khyal. Vyas was born in Osmanabad, Maharashtra, into a family of Sanskrit scholars and Hari kirtankars. Young Vyas grew up watching his father and grandfather sing episodes from Ramayan and Mahabharata.

Vyas was trained under the guidance of four Genius in Hindustani classical music. He had his initial training from Govindrao Bhatambrekar of the Kirana gharana. He learnt from him nearly for a decade. After that he started to learn from Rajamrambuva Paradkar from Gwalior Gharana. While he was mastering the Gwalior style of singing, he was impressed by Jagannathbuwa Purohit who belonged to Agra Gharana and started learning from him. He also got the guidance from Yeshwantbuva Mirashi belonging to Gwalior gharana. He was benefited by other scholar musicians namely Acharya S N Ratanjankar, Chidanand Nagarkar, S. C. R. Bhat and K. G. Ginde. Vyas was having an open throated voice and has created his own style with the nice blend of different flavours from all these gharanas. However, the influence of the Gwalior gayaki, is quite prominent. His musical performance clearly shows his efforts, honesty and divotion towards music. Music was penance for him and a pathway to the almighty. Music was his first love, first commitment and his first passion. He was a leading artist in AIR and on TV. He has participated in major musical events in India as well as abroad. Among his disciples are Prabhakar Karekar, Kunda Veling, Sanjeev Chimmalgi, Ganapati Bhat, Alka Joglekar, and his son, Suhas Vyas. Late Jitendra Abhisheki was his student for almost ten years.