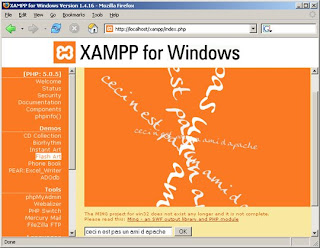 (The complete, portable server – Portable Software do not require installation. They can be run from a CD or Pen drive)

The Sambar is now available on Windows and Linux! There are numerous fixes to the IMAP server and an improved internationalization model. More work in both of these areas will continue over the coming weeks. Incremental updates will begin again shortly to fix any pressing bugs found. See the Security Alert for a vulnerability and the fix in the 6.0 beta 3 linux release. The only difference between the Linux version and the Windows version is in the executables found in the ‘bin’ directory. Everything else, including configuration files is 100% compatible between the two (unless you have DOS pathing, i.e. d:/docs, in any config.ini or mapping.ini settings). The only other difference is that unixODBC is used for the DBMS layer. The primary functionality introduced in the 6.0 release are Linux support, IMAP4 support, SYSLOG server, alerting and monitoring facility and enhancements to WebMail and the System Administration console (including I18N). This release requires a license key upgrade for anyone who purchased prior to May, 2002. You license key will begin with a *P if it is a valid 6.X license key.

Savant is a full-featured open source / freeware web server designed to be run under Microsoft Windows 95/98/ME/NT/2000. Savant was designed to be easy to use first, and fast and secure second. Savant will run on almost any computer capable of running Windows 95 or better, but the minimal requirements are: [Operating System: Windows 95 or higher..]

AOLserver, America Online’s own Web server, is the backbone of one of the largest and busiest production environments in the world. AOLserver is a multithreaded, Tcl-enabled Web server used for large scale, dynamic Websites. AOLserver powers America Online properties such as AOL.COM, Digital City, AOLMail, AOL Hometown, Helping.org, AOL Search, and much, much more.

The Apache HTTP Server Project is an effort to develop and maintain an open-source HTTP server for modern operating systems including UNIX and Windows NT. The goal of this project is to provide a secure, efficient and extensible server that provides HTTP services in sync with the current HTTP standards.Apache has been the most popular web server on the Internet since April of 1996. The February 2005 Netcraft Web Server Survey found that more than 68% of the web sites on the Internet are using Apache, thus making it more widely used than all other web servers combined.

OmniHTTPd is a powerful all-purpose industry compliant web server built specifically for the Windows 95/98/NT4 platform. In addition to Standard CGI support, the server sports advanced features such as Keep-Alive connections, table auto-indexing and server-side includes. For maximum performance, OmniHTTPd is both 32-bit and multi-threaded. Many users agree that OmniHTTPd is the fastest and most compact web server available for the Windows platform. OmniHTTPd Professional allows a home user with any type of internet access to turn his or her computer into a fully operational web server. Users can now publish unlimited web content without a paying for web space.